Some men prostate cancer are faced with the realization that treatment of their prostate cancer may require multimodal treatment including some combination of surgery, radiation therapy and/or hormone therapy. The combined ASTRO/AUA (American Society for Therapeutic Radiology and Oncology/American Urological Association) Guideline for "Adjuvant and Salvage Radiotherapy after Radical Prostatectomy" makes a number of statements regarding the use of radiation therapy after surgery that can be confusing to patients and practitioners.

In the second part of this blog series, we review the statements from the ASTRO/AUA Guideline regarding subgroups who may benefit from adjuvant radiation therapy and the data supporting them.

The Guideline Statements and three randomized studies (SWOG 8794, EORTC 22911, and ARO 96-02/AUO 09/95) that support their conclusions are detailed in Part I. To summarize, Part I:
Adjuvant radiation therapy (ART) is an option for men with advanced prostate cancer and adverse features after radical prostatectomy. Patients who undergo ART can expect an improvement in biochemical (PSA) and locoregional recurrence, although the benefits on distant metastases and overall survival is less clear.

Looking closely at the data regarding ART, some patients – or subgroups – may be more likely to benefit from immediate treatment than others. It is important to mention before delving into the data from these studies, that these trials were not designed to investigate sub-groups and conclusions need to be drawn with care.

For instance, the SWOG trial demonstrated a benefit for all patients receiving ART. However, when looking at subgroups, patients with high Gleason score (7-10) had the largest significant effect.

In the ARO/AUO trial, benefit was seen for patients with positive surgical margins, high PSA, extraprostatic extension only and all Gleason scores – rather confusing.
To gain a better perspective, we will analyze each adverse feature individually.

For patients with Gleason Score 2-6:

For patients with Gleason Score 7-10:

For patients with extraprostatic extension (pT3a),


This is most likely explained by the fact that patients with a high Gleason score and positive surgical margin are at risk for residual, local disease and benefit from additional local therapy (in the form of radiation). Patients with Gleason 6 are unlikely to benefit as Gleason 6 is believed to be indolent disease and extra therapy to the pelvis is unlikely to affect an already slow-growing, benign-behaving disease process. Patients with seminal vesicle invasion have the opposite problem – they are at extremely high-risk for systemic disease, or disease that has spread from the prostate. Therefore, treating the pelvis is unlikely to benefit patients who are likely to have disease in their lymph nodes or bones – and catching the prostate cancer in the pelvis with additional radiation therapy is unlikely.
Stay tuned for this continued series on Radiation Therapy after Surgery for Prostate Cancer. 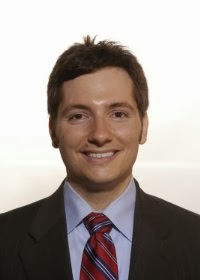 This blog was written by Mark W. Ball, MD. Mark is a 5th year urology resident at the Brady Urological Institute at Johns Hopkins and looking forward to a career in urologic oncology.