There is a new frontier in cancer and biology which focuses on the non-conventional role and use of RNAs. RNA stands for ribonucleic acid. Traditionally RNA has been viewed as a simple messenger that translates genetic information from our DNA (deoxyribonucleic acid) into proteins that are used by the cells in our body. Over the last several decades, however, new roles for RNA have been discovered that go well beyond the simple beauty of protein coding. For instance, there are segments of RNA that do not carry a code for a protein, but instead act by influencing how the information in DNA and RNA is used. These segments are called "non-coding" RNA segments. In addition to these natural non-coding RNAs, new techniques have been evolved to artificially generate RNAs as novel cancer diagnostic, prognostic and therapeutic agents. Here we review some of these new discoveries and technologies, including long noncoding RNAs, microRNAs and RNA aptamers, and how they are being applied to prostate cancer research at the Brady Urological Institute.

It is incredible to think that it has only been 50 years since the genetic code was cracked [1]. These breakthrough discoveries taught us how information locked in DNA sequences can code for the specific synthesis of protein components in cells, tissues and organisms. In fact, much of our understanding about cancer biology today stems from the discovery of mutations (or alterations) in protein-coding genes, and how the resulting protein products can drive cancer development, progression, and metastasis [2]. Importantly, these critical discoveries may only be the tip of the iceberg. It is estimated that coding genes (the genes which code for the ~20,000 human proteins) only account for ~1.5% of the three BILLION nucleotides of sequence information in the human genome. Within the last decade a major effort has begun to identify and characterize the other types of codes that exist in the remaining 98.5% of the human genome [3].

One class of genes which do not code for protein products are called noncoding RNAs (ncRNAs). This gene class includes long noncoding RNAs (lncRNAs) and microRNAs (miRNAs), both of which have been implicated in cancer [4, 5]. Long noncoding RNAs are over 200 nucleotides (or building blocks of DNA and RNA) in length and may perform a variety of functions which include the regulation of DNA organizational density in chromosomes and the regulation of gene expression. The exact mechanisms of lncRNAs are diverse, and most have not yet been fully characterized. MicroRNAs, on the other hand, are smaller RNAs which primarily function as RNA interference agents, to block the synthesis of proteins encoded by specific coding genes. The 1998 discovery of this fundamental RNA interference pathway was so instrumental in biology and medicine that it quickly led to a Nobel Prize in 2006 [6].

In the field of urology, there is one well known long non-coding RNA called PCA3 (also known as DD3). This RNA was originally discovered at the Brady Urological Institute in the laboratory of William Isaacs, through a molecular biology screen designed to find genes that are differentially expressed in healthy and cancerous prostate tissues [7]. Surprisingly, PCA3 did not appear to encode for a protein. Thus, it could not be detected by traditional laboratory assays such as ELISA or immunohistochemistry. Moreover, as such a unique noncoding RNA at the time, it had been difficult to determine its biological function. In fact, the specific function of PCA3 in prostate cancer remains unclear. Nonetheless, it has become a useful new RNA-based marker in the urine of potential prostate cancer patients [8-10]. The high prostate cancer specificity of PCA3 can be helpful in predicting or negating the presence of prostate cancer in a patient with a high PSA, but an initially negative biopsy. In addition to PCA3, several other lncRNAs are being studied around the world in prostate cancer biology. These include PCGEM1, PCAT1, and SchLAP1 [11].

MicroRNAs are the physically smaller class of ncRNAs. They too have been broadly studied in prostate and other cancers. Currently, there are over 1,000 known human microRNAs, each of which is predicted to regulate hundreds to thousands of protein coding genes [12]. MicroRNAs can regulate gene expression because they contain small pieces of genetic code that block the synthesis of RNA-encoding proteins – they do this by forming double-stranded RNA structures (similar to DNA) that prevent the information from being passed along [6]. This complex network of gene expression and microRNA gene regulation has been described as a possible buffering system to balance the diversity of ongoing gene expression and to fine-tune pathway activities [13].
A number of miRNAs have been observed to be differentially expressed in healthy versus cancerous tissues. Moreover, the forced expression or inhibition of specific miRNAs has been found to contribute to cancer cell growth and survival. We recently discovered that a series of microRNAs are involved in the androgen receptor signaling pathway, which is the major target of androgen deprivation therapies (ADT) for men with advanced prostate cancer. The expression of one microRNA, miR-21, was found to stimulate prostate cancer growth and to be sufficient to cause castration resistance [14, 15]. Other studies, by Angelo De Marzo's laboratory, have identified miR-26a and miR-26b, as possible signaling molecules in prostate cancer initiation and progression [16]. Dr. Ted Schaeffer's laboratory has also bioinformatically studied how miRNAs may regulate the complex gene expression patterns that occur during prostate development and early prostate carcinogenesis [17].
In addition to these functional studies, our group has recently investigated three miRNAs that have been previously reported to be differentially expressed in prostate cancer. The goal was to determine the association of miRNA expression with prostate cancer recurrence after surgery. The levels of these three miRNAs were measured in tumor tissue from 118 archived radical prostatectomy tumor specimens, for which we had long-term follow up for disease recurrence. The samples were matched by patient age, race, stage, and Gleason grade, but only half eventually recurred after surgery. The results of the study found that lower levels of one miRNA, miR-221, were associated with a higher risk of disease recurrence after surgery [18]. These preliminary results suggest that miR-221 may be useful in primary prostate cancer prognosis; however, these findings must be validated by several independent studies and with larger patient populations. In addition to the above mentioned miRNAs, several other miRNAs are being globally studied in prostate cancer biology [11]. These include miR-125, miR-141, miR-34a, miR-101, miR-15/16, and miR-106b.

Additional classes of RNA are being applied to prostate cancer experimental therapeutics research here at the Brady. What separates these RNAs from the above discussed RNAs is that they are artificial in nature; in other words they are manmade and are not naturally found in the wild. The first type of molecule is known as an RNA aptamer [19]. These RNA-based molecules can be selected from high diversity libraries, starting with over 1014 (a quadrillion) different aptamer molecules, to identify a few specific aptamers that tightly bind to a target protein or cellular component, much in the same way that a key fits tightly into a lock [20, 21]. Importantly, because these aptamer molecules are manmade, they can be modified so that they can be applied as stable pharmacologic agents. For example, there is one RNA aptamer that is clinically approved and applied for the treatment of macular degeneration [22]. In 2002, we reported the development of new RNA aptamers that can target prostate cancer cells through an abundant cell surface protein called PSMA (Prostate Specific Membrane Antigen) [23]. These aptamers were reported as nucleotide sequences, which could then be easily read and synthesized by other investigators interested in developing prostate-targeted agents. A series of promising aptamer-targeted research strategies were then reported by many independent laboratories using the described prostate-targeted aptamer sequences. One approach combined the PSMA-targeting RNA aptamers with another artificial RNA-based agent, called small interfering RNAs or siRNA [24, 25]. These small interfering RNAs act through the natural RNA interference pathway, described above, to bind and degrade the messenger RNA of a specific gene, ultimately inhibiting its protein synthesis [6]. In this way a cancer promoting pathway can be selectively shut down in prostate cancer cells. Our laboratory, in collaboration with Ted DeWeese and the Department of Radiation Oncology and Molecular Radiation Sciences at Johns Hopkins, has taken this aptamer-targeted RNA interference approach to target DNA repair pathways in prostate cancer cells [26]. The goal is to selectively make prostate cancer cells more susceptible to ionizing radiation therapy, by inhibiting their ability to repair radiation-induced DNA damage, while sparing non-prostatic cells and tissues from similar radiation sensitization. The results of these studies have been promising and new research is ongoing. Although, it is important to note that these studies are currently experimental in nature and are not yet ready for use in the clinic.

In summary, a new frontier in RNA-based research and therapeutics is rapidly developing. There are many opportunities to exploit these RNAs and pathways in prostate cancer research, diagnostics, prognostics, and therapeutics. Our research teams at the Brady are exploring these cutting edge fields for new discoveries. 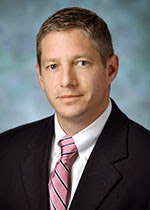 This blog was written by Shawn Lupold, PhD, Associate Professor of Urology and Oncology; Co-Director of the Sidney Kimmel Comprehensive Cancer Center Prostate Cancer Program; and member of Radiation Oncology and Molecular Radiation Sciences and Johns Hopkins Institute for NanoBioTechnology.