The discovery of neurovascular bundle and the establishment of nerve-sparing radical prostatectomy enabled preservation of erectile function after radical prostatectomy (RP) [1,2,3]. Nonetheless, 9%-86% of men undergoing RP will still experience some degree of erectile dysfunction (ED) following RP [4]. A major cause of post-operative ED following RP is cavernous nerve (CN) injury from surgical maneuvers. Traditionally CN injury was believed to be caused by direct transection, crush injury or electrical injury from cautery. More recently, surgical "maneuvers" such as excessive traction or torque have been implicated in CN injury. Therefore, mitigating CN injury and CN regeneration are keys to regain potency.

The immune system is believed to play a major role in repair mechanisms following CN injury. Inhibiting inflammation and the inflammatory response may prevent injury and neurological deficits. In addition, genes involved in injury and repair of the major pelvic ganglion (MPG, the source of the nerves that control erections) in response to CN injury may serve as therapeutic targets for new medications or treatments. Several significant molecular themes have been identified in the immune mechanism of CN injury including transcriptional regulation, chemokines, oxidative stress, apoptosis, and inflammatory cytokines. A number of these cytokines, including tumor necrosis factor alpha (TNF-α), transforming growth factor beta (TGF-β), and chemokines related to macrophage induction including monocyte chemoattractant protein-1 (MCP-1) have been investigated as therapeutic targets. A prior study from the Brady Urological Institute led by Johanna Hannan, PhD, demonstrated a temporal increase in neuroinflammation in the MPG following CNI that was mediated by cytokines (TNF-α, TGF-β) and macrophages (M1 and M2) that may result deleterious effects on neuronal cell survival and nerve regeneration.[6] To further investigate these mechanisms, it is hypothesized that an increase in TNF-α in the MPG and subsequent neuroinflammation contribute to impaired CN regeneration.


To test this hypothesis, researchers at the Brady Urological Institute have created and use an animal model to investigate post-operative ED following RP – the male rat with bilateral cavernous injury (BCNI) [5]. Under general anesthesia, a rat's prostate is exposed via mid-line abdominal incision. The CN and the major pelvic ganglion (MPG), which projects the CN, are located posterolataral to the prostate. To create a rat with BCNI, the CN of each side is crushed with forceps.

A total of six MPGs were harvested from 3 control rats and cultured in Matrigel® with (n = 3) or without TNF-α (20 ng/mL, n=3). Neurite outgrowth length was measured 48 and 72 hours after culture and indicates the animals ability to regenerate injured nerves. We measured the longest neurites in each area (25-40 neurites / MPG) and compared the averages to evaluate the effect of exogenous TNF-α on neurite outgrowth from MPGs.


Interestingly, neurite outgrowth patterns were different between the 2 groups. Neurites of the control group tended to grow equally, while neurites of the TNF-α group did not (Figure 2.).


In the TNF-α group, some neurites were as long as the average length of the control group and others were much shorter than that. In order to demonstrate this difference of neurite outgrowth patterns quantitatively, we measured all the neurites measurable and made histograms of neurite lengths. Histograms of the control group showed almost normal distribution. On the other hand, histograms of the TNF-α group showed heavy-tailed distribution (Figure 3.).

Variances of each group were calculated and compared. There was no significant difference of the variances between the 2 groups at 48 hours but the variance of the TNF-α group was significantly larger than the control group's at 72 hours (Figure 4).

This study provides additional evidence that exogenous TNF-α inhibits neurite outgrowth inhibition from the MPG. This suggests that TNF-α inhibition may be a future therapeutic target to prevent post-operative ED following RP. In addition, this study indicates that exogenous TNF-α does not inhibit all the neurites from MPGs. Accordingly, TNF-α may inhibit specific types of neurites, such as parasympathetic nerves. Further investigation is required to clarify the types of neurites inhibited by TNF-α. 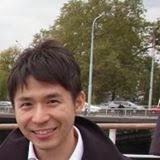