Radical Prostatectomy for the cure of cancer: The early diagnosis and radical cure of carcinoma of the prostate.  Being a study of 40 cases and presentation of a radical operation which was carried out in 4 cases.  Young H.H. Bull. Johns Hopkins Hosp. 1905:16:315

In these two manuscripts, the father of modern urology, Hugh Hampton Young, describes his outcomes with perineal prostatectomy for both benign disease and cancer.  He originally described the operation in 1904 and presents his outcomes in 1905. 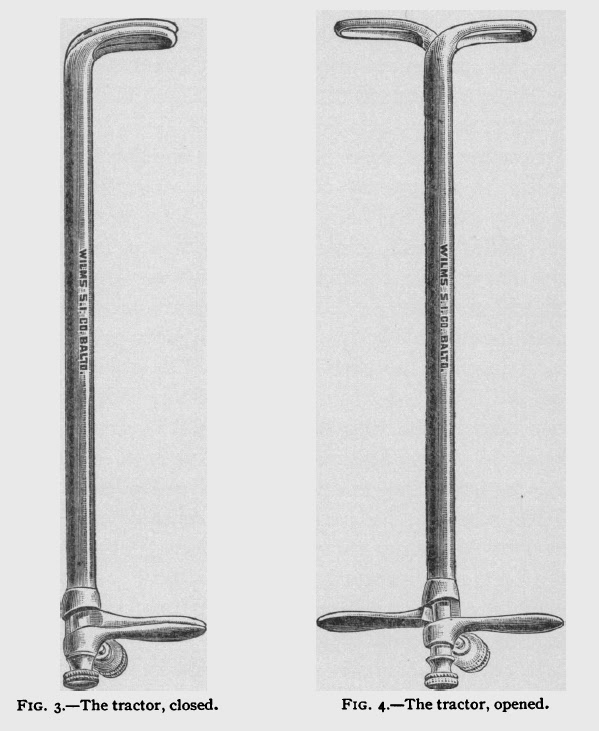 In the first manuscript, HH Young describes his technique for treating benign prostatic disease in 75 patients.  Dr. Young created many instruments for the manipulation of the urinary system and demontrates a tractor to be inserted into the urethra and manipulate the prostate for enucleation.  He discusses management of large median lobes, bladder stones and the difficult median bar (or high-riding bladder neck as commonly discussed in current times).  More importantly, Dr. Young clearly detailed his outcomes for urinary continence, erectile dysfunction and mortality.  The vast majority of patients had volitional voiding restored with low post-void residuals.  Many of the men suffered erectile dysfunction; however, HH Young clearly demonstrated that younger men fared better than older.  Finally, four men died of causes unrelated to surgery during short follow-up.

In the second manuscript, HH Young describes
the radical perineal prostatectomy as the proposed, routine operation for cases of cancer of the prostate.  As background he details cases of early carcinoma and partial resection was performed erroneously.  He then reviews clinical and pathological study of 40 cases of prostate cancer, compares early cases in the literature in which
operations for carcinoma of the prostate were performed and finally draws conclusions from his work and the work of others regarding the practicability of early diagnosis and the radical cure of the disease.

Major insights from this manuscript include:


Follow the links above to read these manuscripts in their entirety.
Posted by Unknown at 6:01 AM